Kirk Gibson is one of my all-time favorite Tigers. Maybe the favorite. It’s always fun to watch two former players reminisce about a play or game that made their respective worlds collide.

I saw this on the Internet and fully endorse it … even if I don’t, you know, demonstrate it consistently.

As a kid, I was always told to avoid showers or baths during thunderstorms — especially those with lightning.

Apparently this is not an old-wives’ tale.

So, as Phoenix Monsoon 2018 rages tonight, I checked to see if I could safely take a post-work out shower.

Verdict: Nay. Source? Who else but MythBusters?

MythBusters Jamie Hyneman and Adam Savage took that weather alert to task and constructed a makeshift house, complete with grounded plumbing. Then, they doused it with simulated lightning in an electricity testing facility to find out whether the voltage really could leap from the sky to the shower.

Since the MythBusters were shy about showering on camera, they hired a stand-in: a ballistics gel dummy that had roughly the same electrical conductivity as the human body. To screen for a fatal lightning strike, the dummy wore a heart monitor. The 700,000 volts of fake lightning indeed arced onto the water pipes and jumped to the shower, causing a fire.

Although the heart monitor failed to measure the amount of current swimming through the stunt dummy, the visual evidence was clear enough to rule the myth plausible. Just as the National Weather Service warns, it’s safe to shower only once thunderstorms have passed you by.

I ran past the Michigan Central Train Station during the Detroit marathon, many moons ago, and it was depressing to see it up close — until then, I’d only seen it in photos.

It will be great to see this project unfold and see what innovations Ford dreams up in Corktown.

In college, I spent far too much time playing Nintendo games and not nearly enough studying. One of my earliest obsessions was Super Mario Bros. Eventually I got to world 8-4 and figured out a way to beat Bowser. If memory serves, I did it routinely after a while.

For Father’s Day 2010, my kids gave me the 25th anniversary edition Super Mario Bros. game set for the Wii. And for six-and-a-half years, my son and I whittled away at it untiul finally, this past weekend, we took down Bowser. And it felt just as exhilirating as it did in my cramped dorm room. 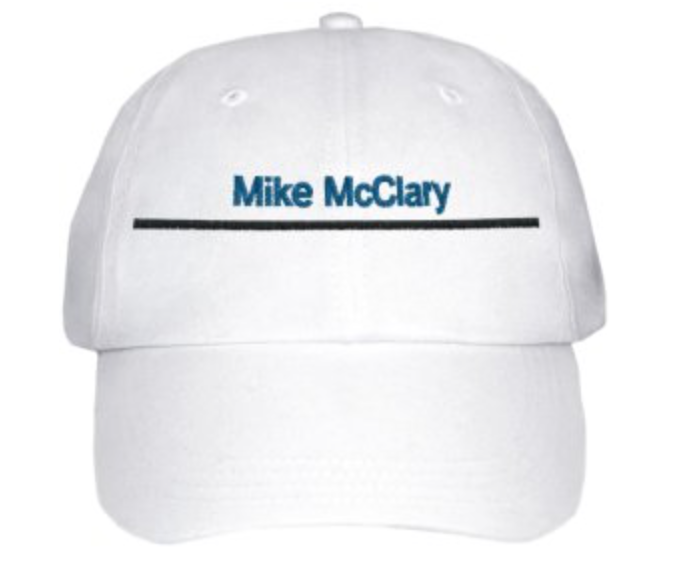 I was playing around at a business card website the other day, and after creating a sample card the site suggested other items I should consider …

Apropos of nothing, I found this ticket stub from the Sept. 2 1989 Western Michigan vs. Temple game (WMU won, 31 – 24.) I leaned on College Football Reference for help in finding the score.

In looking at Western’s 5-6 record that season, I noticed the Broncos lost four of those six games each by just a point:

Shortly before Thanksgiving I was re-reading* Peter Walsh’s book “It’s All Too Much“, a treatise on de-cluttering home, office and life. (*Actually, I was re-listening to it as an audiobook. Nevertheless…) Walsh, who is a regular on Oprah, TLC and other TV shows, made one particular point in this reading that hit home: If something is valuable and cherished, why is it in a box in your garage?

After hearing this I immediately glanced over at my crudely boxed baseball card collection and thought, “Yep. They deserve better.” And what better time to do this than over the holidays and near the start of a new year?

David Halberstam was killed Monday morning in San Francisco and I’m more than a little bummed.

For a fuller obit, read the one from his former paper, The New York Times.

Halberstam was my favorite writer and I suppose he still is. The first book of his that I read was “The Summer of ’49” a wonderfully researched and written tale of an epic battle for the American League title.

“The Breaks of the Game” about the 1979 Portland Trail Blazers is another classic.

Yes, the man wrote about much more than sport but that was how I was introduced to him.

I did have the pleasure of being in the same room with the man once. It was the fall of 1994 and my wife and I were in a theater in downtown Chicago waiting for the film “Quiz Show” to begin. Before the lights were dimmed I noticed Halberstam sitting across the theater from me.

I knew then that I needed to say something to him and would regret that I didn’t take advantage of the opportunity. But I felt like I’d be bothering him and chose not to do anything.

Today I regret that decision even more.

Others weigh in: Peter Gammons on “The greatest journalist of my lifetime.”